With the release of The Nondual Universe, James is launching a coaching program designed to walk people into a direct experience of enlightenment and whole-mindedness. During this 3-month intensive program you'll interact with James every single day through phone calls, emails and live Zoom videos. There will also be an online community where students can meet and share, as well as a group video conference once a month. Imagine having an elder brother hold your hand as you progress on the path toward full illumination. There's only one question we have to ask:

Is this what you really, really want?

Only 20 people can join the program every 3-months, so space is extremely limited. We are only looking for people who are profoundly committed to their awakening. The first class begins on September 5th.

Sign up for a 10 minute private phone call with James

If you would like to have a ten minute private phone call with James to ask questions and see if you qualify for the program CLICK HERE.

James Twyman and the Namaste Village community are proud to announce the release of our first book: The Nondual Universe - The Spirituality of Enlightenment Made Easy for the Western Mind. This is a deep dive into the actual experience of what it means to be awake. Here is a short section from the book:

Order the book on Amazon or wherever you buy books 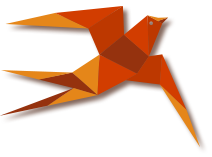 James Twyman is an Anglican priest and an Episcopal Franciscan with the Community of Francis and Clare. In December, 2017 he founded an interfaith spiritual community in Ajijic, Mexico called Namaste Village with 41 apartments or casitas focusing on the nondual teachings of many spiritual paths. For nearly 30 years he has traveled to countries at war to perform The Peace Concert and to focus worldwide synchronized meditations in which millions of people have participated. He has also been invited by leaders in countries like Iraq, Northern Ireland, Israel, Bosnia and many others to perform during periods of great conflict.

James is the NY Times bestselling author of The Moses Code as well as 19 other books; is the award winning director or producer of seven feature films including Redwood Highway and Indigo; and has produced over 22 music CDs including the Billboard Chart bestselling CD I AM Wishes Fulfilled with Dr. Wayne Dyer.